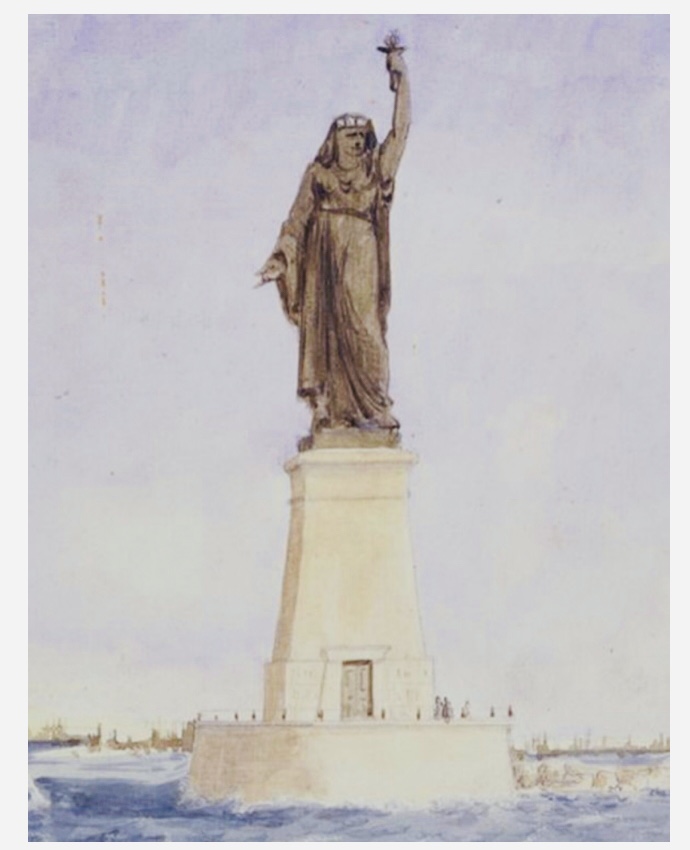 America’s most iconic symbol was originally meant to be a Muslim woman guarding the newly-opened Suez Canal. The first sketch of New York’s Statue of Liberty by architect Frédéric Auguste Bartholdi was first intended to represent an “Egyptian peasant in Muslim garments.” In his early designs, Bartholdi called the sculpture “Egypt Carrying the Light to Asia.” However, Egyptian officials rejected the statue as too expensive, leading the architect to take his plans to America. He had to drop her Islamic robe and transform her into a Roman Goddess, renaming her “Liberty Enlightening the World.” The statue has guarded New York’s harbour since 1886.